Just a few decades ago the only way out of the southeastern peninsula of the Peloponnese was by boat. The lack of good roads meant that throughout the ages the inhabitants of the region had no choice but to develop seamanship.

It’s a tradition that continues today with more and more youngsters taking up sailing lessons at several yacht clubs in the region. They have a number of examples to follow in the form of yachtsmen and women, some of whom have made names for themselves at regional and international competition level.

Among them are Tasos Gavrilis (bronze medalist in Moscow Olympics), Stavros “Memos” Psarrakis (winner of international and European championships) and many more professional and amateur enthusiasts who either grew up in the area or trace their roots to these rugged coastlines (including Olympic medalist Ilias Hatzipavlis, whose mother is from Lahi).

Tasos Gavrilis learnt to sail after his family moved to Piraeus from Neapoli when he was 12.

“I joined the Olympiakos sailing team, first in the Optimist category, then moved on to 420, Lightning and Dragon class,” he 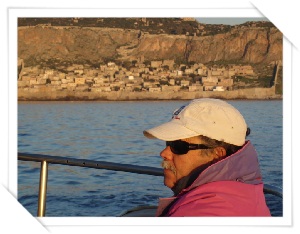 said. “Then with Nikos Perrakis, we were on the point of qualifying for the Montreal Olympics with a 470, but unfortunately Nikos broke his leg, putting us out of the running.”

(Perrakis is another local who now runs the offshore sailing lessons for the Vies Yacht Club in Neapoli).

But Tasos had another Olympic opportunity, this time together with Tasos Boudouris and Aris Rapanakis, bringing home a bronze in the Soling category.
Back in Greece, Tasos joined the merchant navy as an electrician.

“However, I didn’t like the merchant marine and a year later decided to make my hobby my profession,” he explained. He has now clocked up several decades as professional offshore skipper.

Tasos was also instrumental in helping set up the Vies Yacht Club, whose clubhouse was built through the personal efforts of its founders. Tasos collected equipment and brought the first of its professional coaches, Giorgos Grammenos to train the first batch of youngsters in Optimists, Lasers and other small craft.

Challenging conditions
“Our region offers excellent sailing conditions but it is only recommended for experienced yachtsmen because of the difficulty in finding a safe mooring,” explained Tasos.
“Unfortunately the only harbour near Neapoli where a yacht can moor safely in all conditions is Plytra. Elsewhere, you have to be a good sailor and know how to protect your boat properly.”

Port facilities in the Municipality of Monemvasia are still in the development stage, but improving steadily. 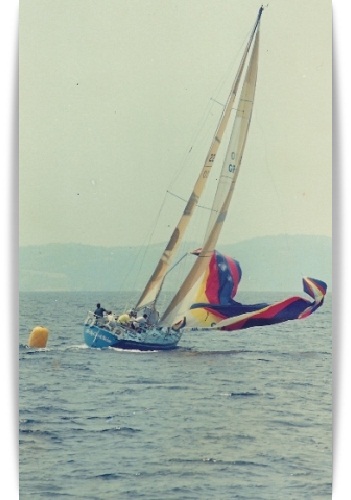 Vies
There is a mole in Neapoli where water is available. There is limited space for small craft to tie up in Neapoli’s fishing harbour. Yachts may anchor in the bay at Paliokastro, protected from most winds, but the mole there is used for commercial craft.
Small fishing harbours are being constructed at Profitis Ilias and Velanidia, where there is limited space for small boats.
There are ramps for small craft in Neapoli’s fishing harbour, in Profiitis Ilias, to the right of the mole at VIglafia (past the electricity pylons) and at Marathia.

Asopos
There is a well-protected mole in Plytra, where plans have been approved for the construction of a tourist marina. There are ramps for small craft at Plytra and on the coast at Demonia.

Monemvasia
There is a mole on the northern side of the bridge and a marina on the southern side, although the latter sustained some damage in last winter’s storms.

Kyparissi
In Kyparissi are two small moles, one at each side of the bay. In Gerakas there is plenty of mooring space along the mole inside the well-protected harbour, as well as a ramp for small craft.

Elia
The mole is mainly used by fishing boats; a ramp is available for small craft.

There are many beaches and coves that are inaccessible by road, where sailing boats may anchor in summer months, and many more accessible by small craft, particularly around Zarakas and Cape Males.