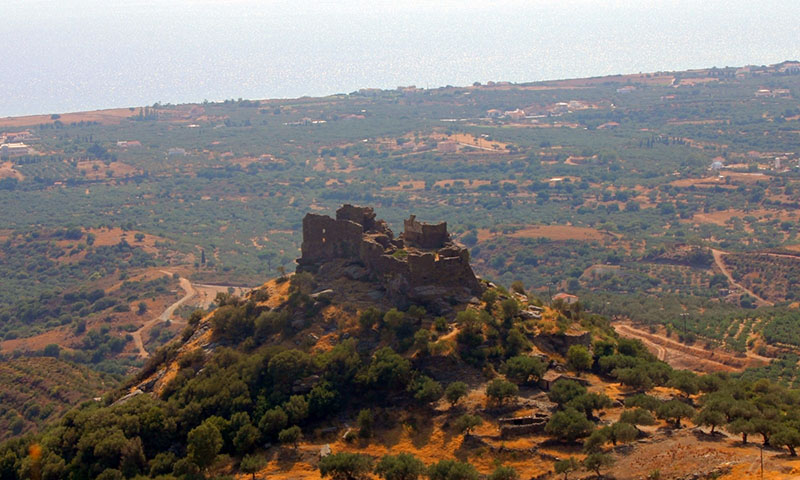 Castle of Agia Paraskevi at Mesochori

Built during the late Byzantine era (13th – 14th century) οn a steep rock, the Castle of Agia Paraskevi stands proudly above the Vies plain. Due to its strategic location, the castle used to control the roads around Neapoli. Nowadays, this site impresses visitors with its sweeping views of the Laconian Gulf.

During the years of the Frankish rule, William II of Villehardouin granted the castle and the surrounding area to the lords of Monemvasia, while some years later the area became a part of the Despotate of Mystras.

The archaeological site of the castle is a protected cultural heritage monument and a popular stop for hikers following the routes D2 and D4, who appreciate the great views along the spiral path leading inside the castle.

The Castle of Mesochori is 400m away from the road connecting Neapoli with Ano Kastania. The distance from Neapoli is 13 kilometres.

There is parking space at the entrance.

Information:
The site of the Castle is freely accessible.