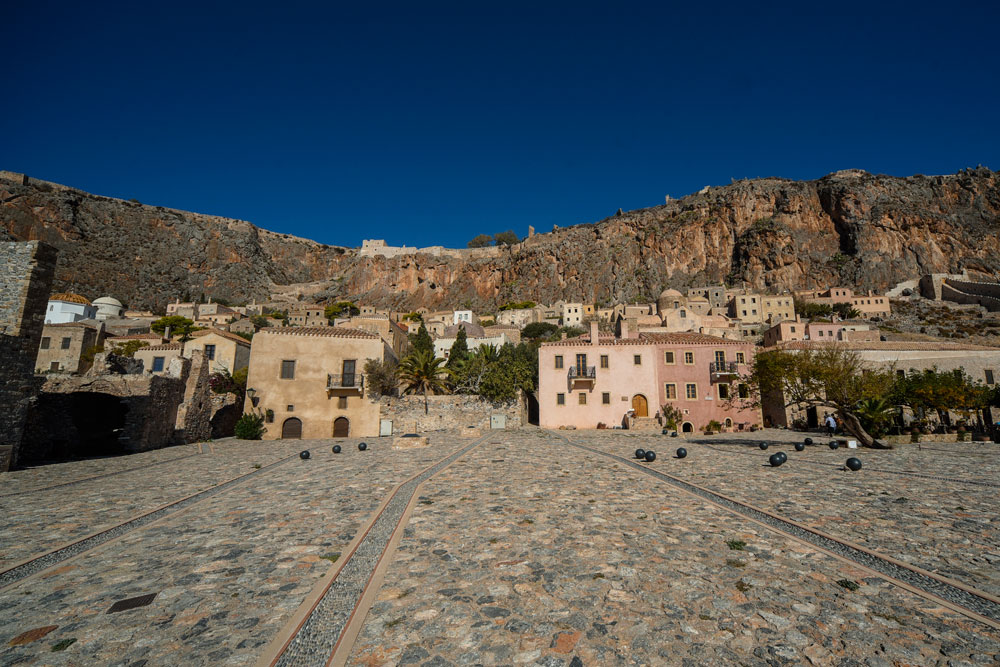 The Byzantine fortress town of Monemvasia, the “stone ship” referred to by the poet Yiannis Ritsos, stands sentinel on the southeastern coast of Laconia, ready to take its visitors on a historic journey back through the ages.

Referred to variously throughout the ages as the Gibraltar of the East, the Castle above the Clouds, or the Castle of Flowers, among others, it is situated on a small islet linked to the mainland by a causeway and bridge, as if floating on the edge of the Myrtoon Sea.

The single entrance that gives the rock its name (moni emvasia in Greek) is a passageway into its past, beginning in the 6th century AD.

As one enters the main gate of the Lower Town, immediately above it to the left is the birthplace of the poet Yiannis Ritsos. The main thoroughfare, consisting of a narrow cobbled Byzantine street flanked by shops, leads to the main square dominated by an old cannon and the town cathedral, the Church of Elkomenos Christos. Directly opposite the church is a 16th century former mosque now housing the Monemvasia Archaeological Collection.

From the main square a number of picturesque narrow streets fan out over the Lower Town.

One of these leads to the Upper Town or Goula, a steep climb taking about 15 minutes, but a rewarding one for the panoramic view of the Lower Town and the surrounding open sea glittering below.

Visit the restored church of Aghia Sofia, built on the cliff edge.

In all there are 40 churches in Monemvasia, including the Panayia Chrysafitissa, Panayia Myrtidiotissa, Panayia Kritikias, Aghios Nikolaos, Aghios Stefanos, Aghios Pavlos and Aghia Anna, as well as the silver and gold workshop and museum.

A surfaced road leads from the new town of Monemvasia (Gefyra) over bridge to the gates of the lower town, where parking is extremely limited. However, there is a regular mini-bus service between the new town and the fortress. 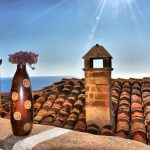 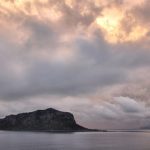 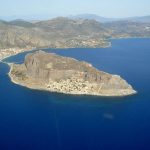 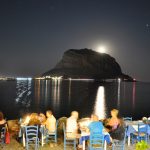 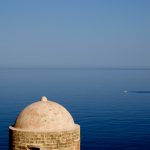 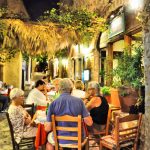 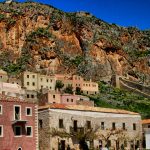 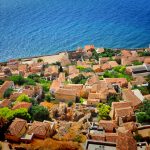 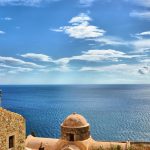 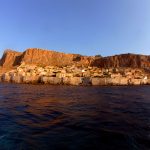 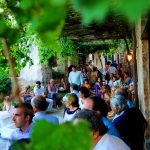 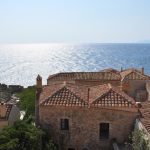 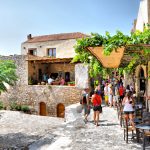