The large number of historic churches and monasteries in the Municipality of Monemvasia bears witness to the region’s long religious tradition. These places of worship attract many pilgrims and other visitors every year. They are also favourite sites for marriages and baptism both among locals and others from further afield.

In Monemvasia’s fortress are the Church of the Elkomenos Christos, with its priceless icon of the Crucifixion that was recently returned to it in 2011 after being stolen by antiquities smugglers 31 years ago. Other important churches in the fortress are the Panagia Chrysafitissa and Aghia Sofia in the Upper Town.

Byzantine churches and chapels are scattered throughout the region. They include Aghios Athanasios in Pantanassa, Aghios Nikolaos in the village of the same name, Aghios Georgios, hidden away on the slopes of Mt. Vavila off the road to Velanidia, the Twin Churches (Dormition of the Virgin and Aghia Anna) at Teria, Aghios Ioannis Theologos at Haraka in the north of the municipality and Profitis Ilias in the fishing settlement of the same name to the south of Neapoli. 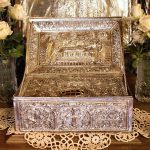 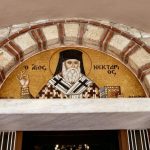 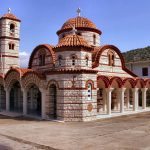 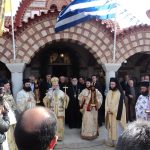 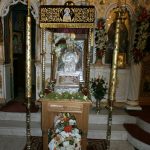 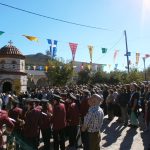 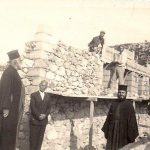 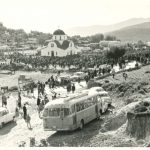 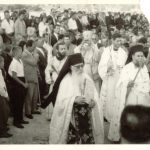 Built in the 11th or 12th century, it is a cross-formed church with a dome and narthex.

Almost all the interior wall surfaces are decorated with two layers of frescoes. The underlying one, visible at one point, probably dates from the early 13th century.

The general style of the decoration is linear. The figures depicted vary in style; some are tall, slim and elegant, others are short with disproportionately large heads. (Source: The frescoes of Aghios Nikolaos Monemvasias by N. V. Drandakis).

In the years up to the Greek War of Independence, the church was occasionally used as a school.

Information:
Aghios Nikolaos is a parish church with services every second Sunday. 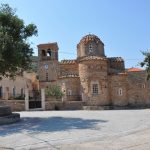 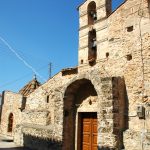 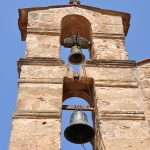 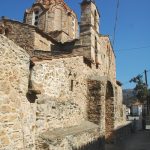 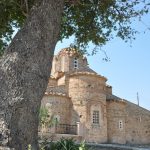