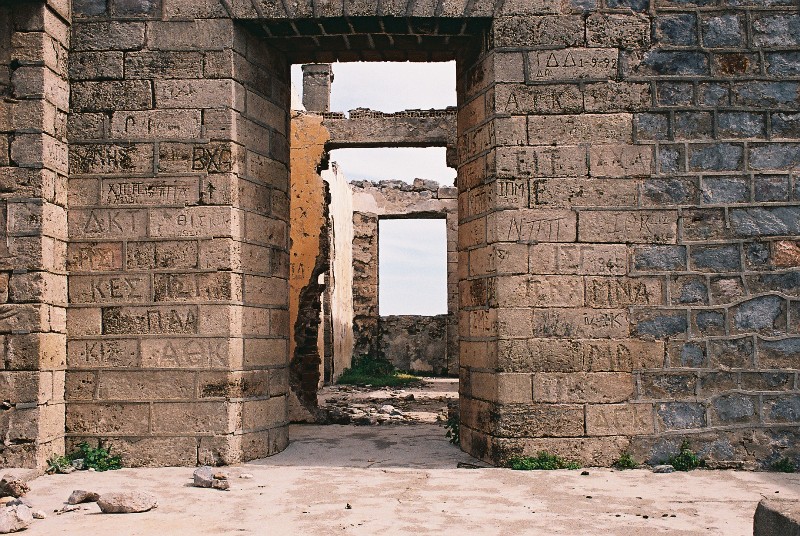 Τhe stone German Watchtower, a few kilometers above Velanidia, was built during the World War II occupation of Greece. Men from the surrounding region were conscripted to build this fortified structure at the top of a cliff overlooking the cape that afforded the German forces a bird’s eye view of the Aegean Sea as far as Crete. When the war ended, it was looted by the local population.

Trekkers who make the climb will be rewarded with a breathtaking panorama.

Location:
Cape Maleas
Information:
The watchtower can be reached from both sides of the Cape Maleas peninsula along a marked trail.

The shortest route is from Velanidia. Follow an unsurfaced track accessible by car to a certain point, from which walking trail D11 leads up to the watchtower.

From the western side of the cape, follow the road from Aghios Nikolaos to Aghia Marina to the other end of the D11.