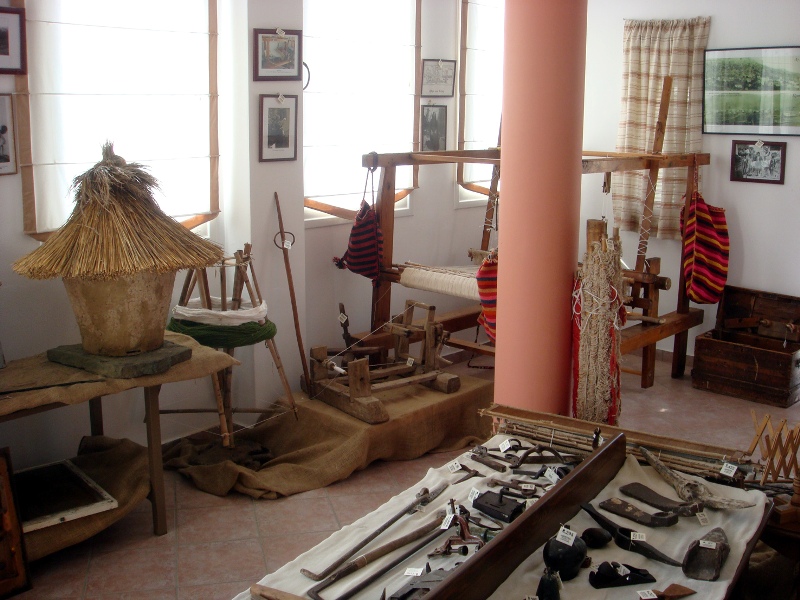 The Velies Folklore Museum was founded by the Aghia Paraskevi citizens’ association. Building began in June 2004 and was completed in 2007.

It is situated beside an age-old plane tree and a spring in Velies, two landmarks that are closely linked with the village’s history. A few decades ago this was the heart of the village, where the locals would meet to draw water, bring their animals to drink and to do their washing.

The citizens’ association also restored the spring and the surrounding area, which along with the platform and terraces on the museum roof are the scene of many cultural activities.

The old spring, which used to provide a constant supply of water from its five taps, was mentioned by the poet Yiannis Ritsos, who used to spend his childhood summers in Velies. His sister, Loula Ritsou-Glezou mentions it in her memoir of her brother.

The Folklore Museum opened its doors to visitors on May 16, 2010. Its exhibits include a variety of household and agricultural implements, traditional costumes, embroideries, textiles and other handcrafts among the many other objects from times past. 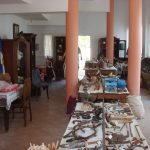 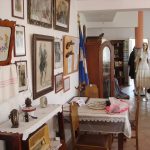 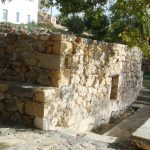 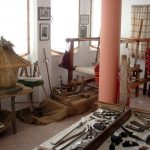 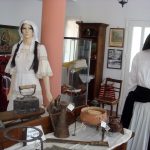 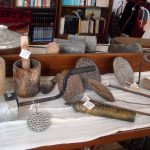 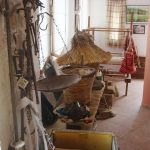 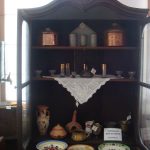 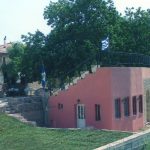