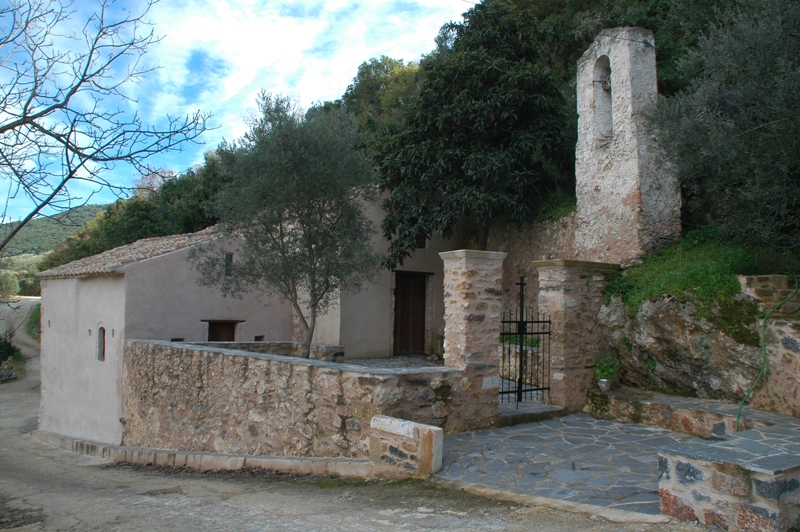 These are two small adjoining churches, one of which is dedicated to the Dormition of the Virgin, the other to Aghia (Saint) Anna.

The former, attached to the village cemetery, is the older of the two, most probably built before the 10th century, while Aghia Anna most likely dates from the 12th century.

Inside both churches there are noteworthy Byzantine frescoes from various periods.

On the altar in the Church of the Dormition is an extremely interesting inscription dating from Roman times (1st century or early 2nd century AD).

In 2004 cracks appeared in the building, which was threatened with collapse. Following efforts by local residents, together with the village priest Stylianos Tsigounis and the 5th Ephorate of Byzantine Antiquities, the churches were restored under the supervision of architects A. and C. Kalligas, and reopened in 2006.

Its saints’ day is celebrated on August 23. 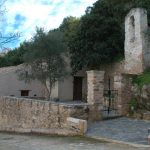 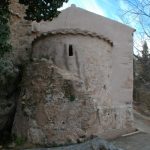 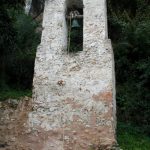 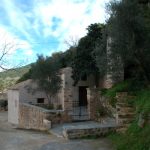