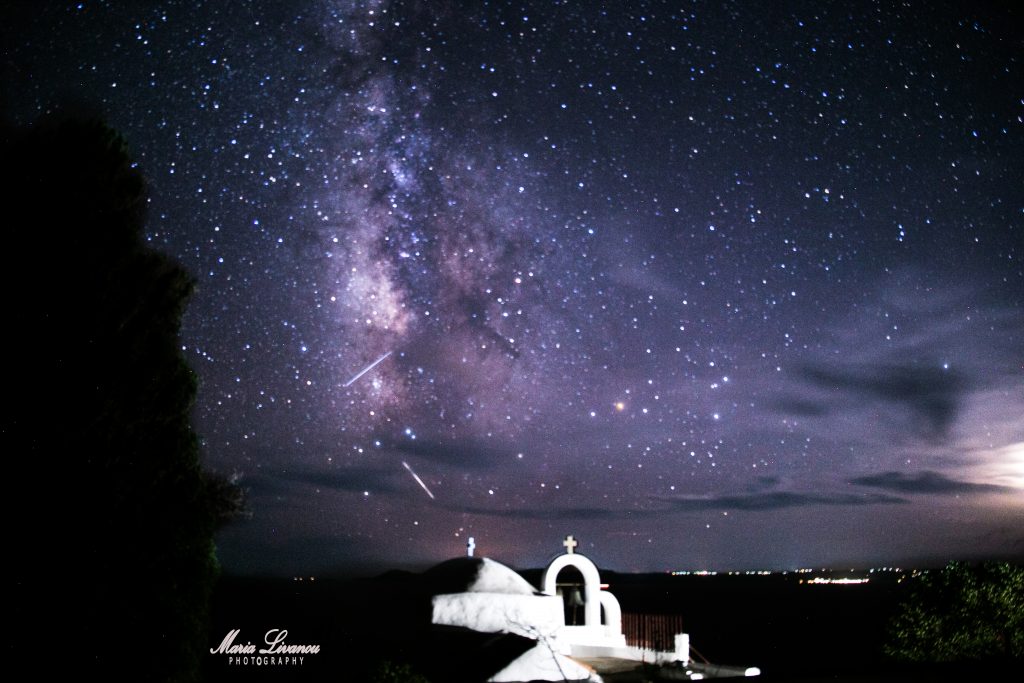 A powerful marine Chanel, the focal point of the Aegean, Ionian and Cretan Sea, Cape Maleas, or otherwise known as “Kavos of Saint Angelos”, is perceived with fear and awe by sailors over time. Homer’s Odyssey describes it bursting of waves and wind (1 80-81).

In the proverbial expression recorded by the geographer Stravon,”Malea de kampsas epilathou ton oikade”, it is depicted as one of the most dangerous Mediterranean Sea Crossings.

“The greatest of all miracles”, is the Holy Thomas in Maleo , whose ascetic cave ,  resembling an eagles nest , is located between the holy pilgrimages of the area , followed by Saint George the Maleo and many other worshipers who chose the inaccessible shelters , the caves of Malea.

Today, two churches are preserved, as bright guardians of sanctity and ascetic tradition of Malea. Saint Irene (Agia Eirini) was built in the 19th century on ruins of an older temple, and Saint George which was built in the 15th century. The architecture of the ruined monasteries and the preserved temples is an excellent sample of harmonious integration into the rocky landscape of Maleas.

The sacred pilgrims of Agia Eirini in Cape Maleas are declared PRESERVED MONUMENTS OF HISTORIC SIGNIFICANCE and together with the surrounding area   come under the supervision of the parish church of the local community of Agios Nikolaos.

For centuries, the holy pilgrimages have emerged as “white visions» through the windswept rocks of Cape Maleas, offering hope, peace and serenity to wandering souls.

The wild and inaccessible landscape of Cape Maleas, of “The Saint Angelos “, offers special spiritual emotions for those who have chosen the “virtue and boldness of freedom “.

The rise of the starry sky, the galaxy that fades into the sea and the sunrise from Agios Georgios (Saint George), are experiences of a lifetime that leave indelible traces of true joy and peace in every soul.

Pilgrims and hikers approach the historic monasteries of Cape Maleas from the D14 path which begins just after the Petrified Forest of Agia Marina. Although the path is characterized as low degree of difficulty in travel guides, IT IS DIFFICULT and in several places DANGEROUS.

Hiking should be avoided during the hot hours of the day. Water supply is necessary due to the absence of drinking water in the area.

Visitors must respect the particular geophysical landscape of Cape Maleas and its dangerous nature as well as the spiritual and religious character of the sacred site.

Accommodation on the site is possible ONLY AFTER contacting the priest of Agios Nikolaos, Father Dionisios Michaletos, with his blessing and permission only to a small group of up to 3 people and up to 2 nights. 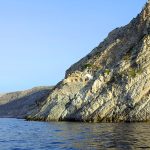 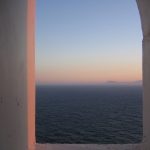 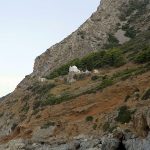 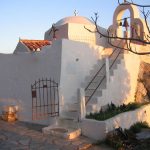 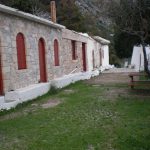 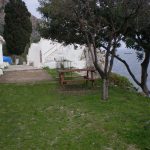 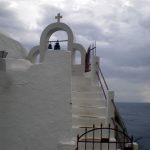 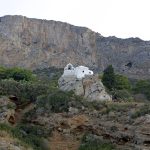