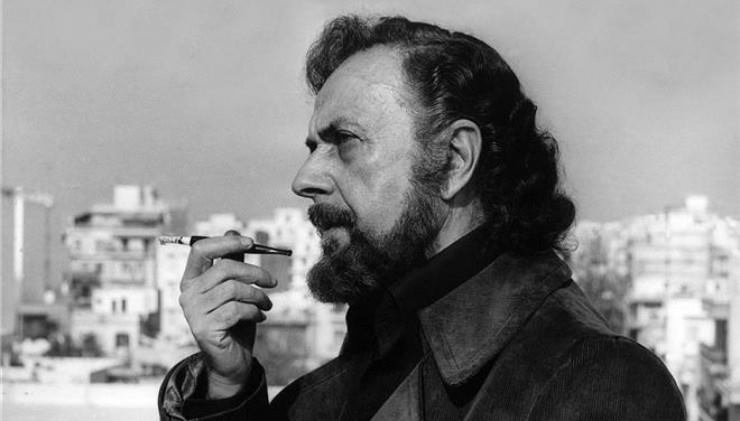 On May 1st 1909, one of the most important, internationally acknowledged Greek poets, Yiannis Ritsos was born in Monemvasia. He was the youngest child in the family. His father Eleftherios, born in 1872 was from Crete. His mother Eleftheria Vouzanara, born in 1879 was the daughter of rich merchants from Gytheio. Ritsos’ family had four children, Nina, Dimitris, Stavroula (Loula) and Yiannis. Yiannis Ritsos graduated from primary school and sholarchio (pre – high school, of the time) in his birthplace, while in Gytheio, birthplace of his mother, he attended high school.

In September, 1925, Yiannis Ritsos and his sister Loula, settled in Athens. Ritsos got sick of tuberculosis, but eventually recovered, which was extremely difficult at the time. In the sanatorium “Sotiria”, where he was treated, Ritsos got to know Marxism and the left ideology that deeply affected both his life and his poetry.

In 1942, he joined the National Liberation Front and the Communist party of Greece. He was sent to Limnos, Makronissos and Agios Efstratios, as an exile because of his left ideology. On returning in Athens, he joined the United Democratic Left party. During the junta, Yiannis Ritsos became world famous and was repeatedly awarded, with numerous awards like the national poetry prize, Lenin’s book to name but a few.

Yiannis Ritsos produced more than 100 poetic collections and compositions, 9 novels, 4 theatrical plays and studies. “Moonlight Sonata”, “the Epitaph” and “Romiosini” comprise only a small part of his important work, as numerous translations of poems by Nâzim Hikmet, Alexander Block, Vladimir Mayakovski and so many others, actually do. A great number of Ritsos’ poems were set to music by Mikis Theodorakis, like “Romiosini”, “the Epitaph” and so many more. 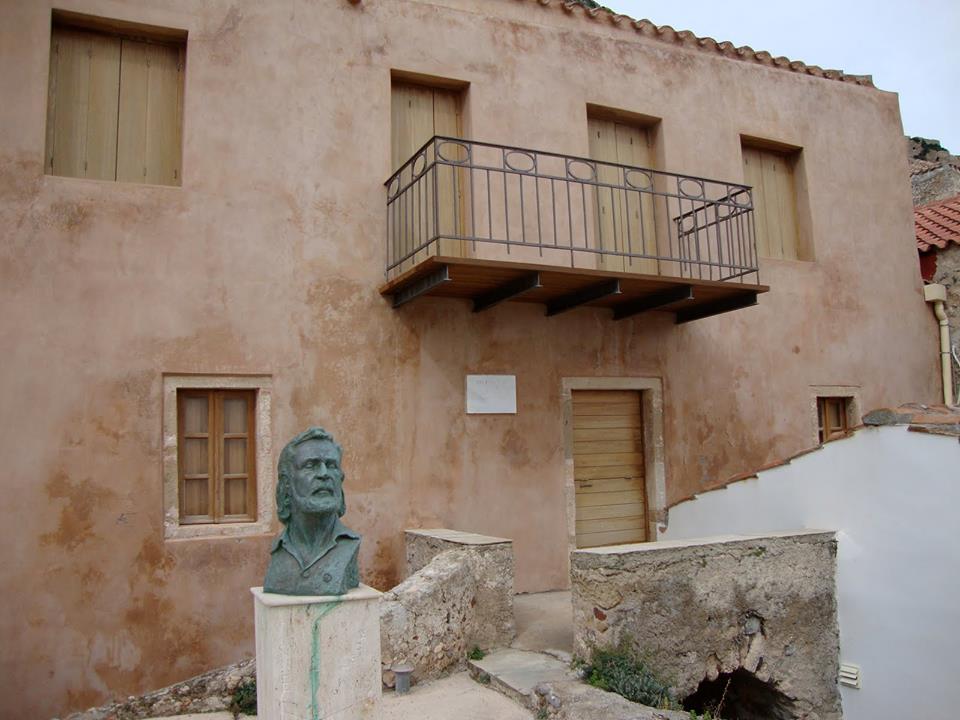 Yiannis Ritsos, spent his formative insouciant years inside the castle of Kastropolitia (Castle Town). Initially, his family lived opposite Agia Chrysafitissa church but on the poet’s birth they all moved to a new house, situated 150m away from the central gate of the Castle Town, near the wall. Nowadays, the central backstreet of the Castle bears the name of the great poet, while his bust outside his house…gazes the wilderness of the rock and the serenity of the endless blue sea. The staggering verses of “Romiosini” become even more meaningful here.

“This landscape is merciless like silence
it hugs its fiery rocks tightly in its bosom
it hugs tightly its orphan olive trees and grapevines
in the sun
it clenches its teeth. There is no water. Only light
The road vanishes in the light and the shadow of the fence wall
is made of steel
Trees rivers and voices turned to marble
In the sun’s whitewash” 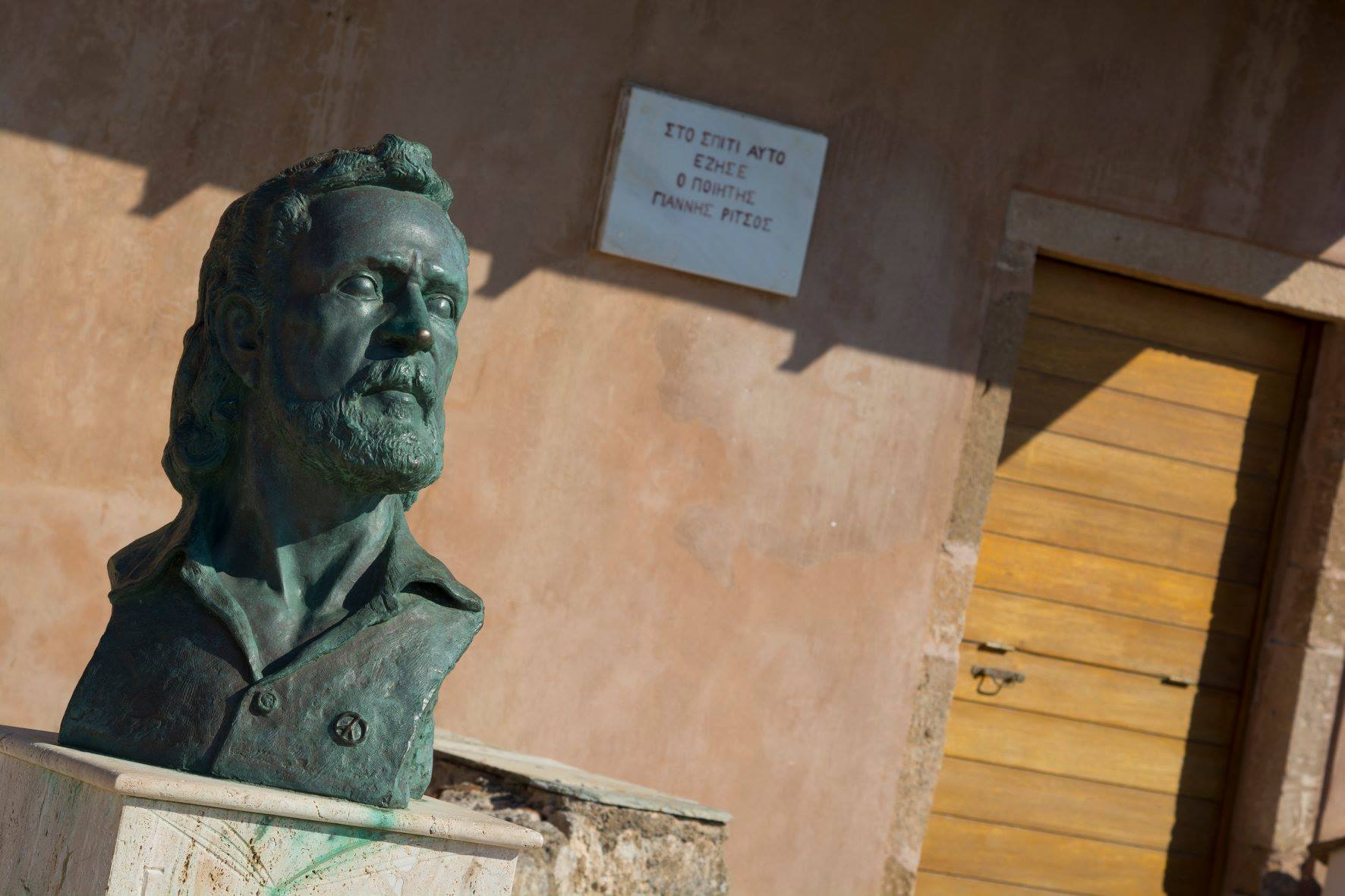 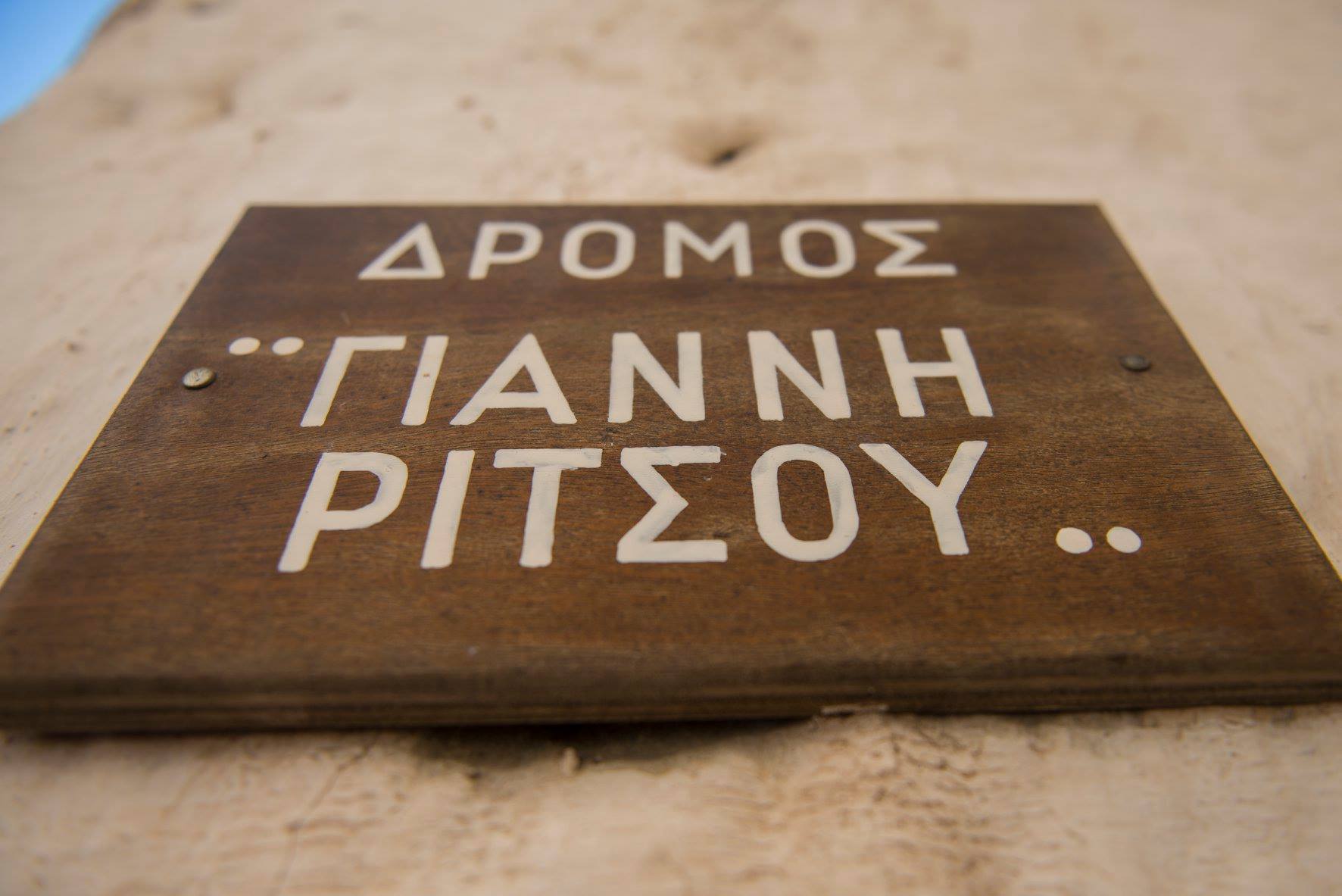 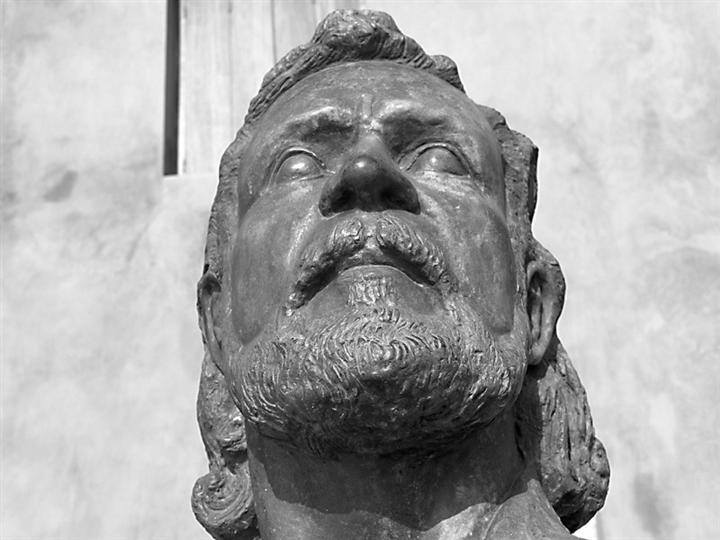 You can visit Ritsos’ house following the signalization appointed.