The route begins on the main road through Koulentia (aka Elliniko), following a narrow path leading east through the village, beginning near an Ottoman drinking fountain with a marble inscription. The path leads steeply downhill, turning north after passing the last houses in the village; 760 m later it corsses a narrow unsurfaced road near the Kryovrysi spring.

Soon afterwards, the route branches off from the road on a path heading northeast, winding through the Babani gorge among tall plane trees and passing a farmhouse. After crossing a smaller stream bed and leaving the junction with another narrow path that leads left to a watermill, the route passes a large flat rock, then after 535 m merges with a narrow surfaced road among olive groves. From here the route passes through the dense network of unsurfaced roads through the olive groves of Koulentia, Aghia Sofia, Argeitaika and Foutia; Some 2,425 m later the route once again crosses the Babani gorge. (From here it is possible to explore this particularly beautiful gorge, which presents some small climbing challenges.)

Back on the P10, the route continues along a narrow path that once more (after 230 m) emerges onto an unsurfaced road heading northeast. After 1,725 m, it turns off the road and continues on a path to the left beside an olive grove and a small stream bed; 385 m later it once more emerges onto an unsurfaced road. Soon afterwards, the first houses of Aghios Stefanos come into sight. The route then meets a surfaced road, leading some 400 m later to the main road from Monemvasia. 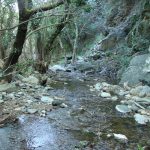 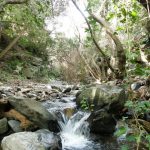 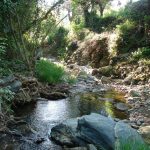 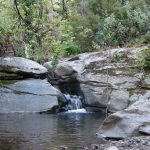 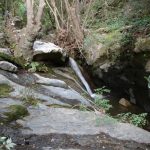 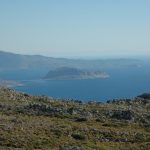 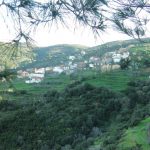