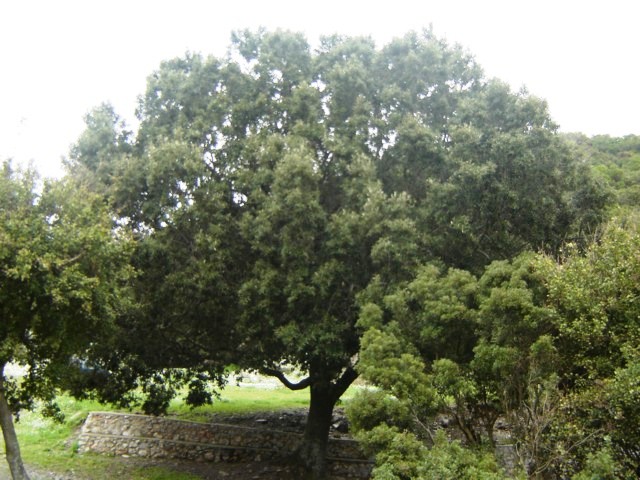 Today the Greek landscape looks very different from the time when the first people settled in what were then large areas of forest. Civilisation was quick to compete with nature, resulting in the destruction of large swathes of woodland and many species of flora and fauna.

There is a wealth of historical and mythological references to herds of deer, lions, panthers and other animals that are now extinct in Greece. Already in the Classical period, Plato lamented the lost beauty of the Attic landscape which he describes as the «bones of a diseased body».

Timber was used to construct homes, temples, fortifications and bridges. It was used widely in shipbuilding and as fuel – huge quantities were burnt in furnaces to melt metals.

Fire used for military purposes as well as the forest fires we still see today contributed to disappearance of the country’s woodland. The forest fires started by Ibrahim Pasha during the Greek war of independence, for example, laid waste the Peloponnese.

In more recent times, the development of livestock breeding, including the practice of burning mountainsides to encourage new growth, also caused widespread destruction.

Mt.Parnon was once covered in forests right down to its southern foothills on Cape Males. There are still some stands of Cephalonian fir (AbiesCephalonica) on the northern side of the mountain on the higher slopes (up to 1,800 m). The main forms of vegetation on the southern side (Cape Maleas) are phrygana and maquis (areas of dense shrub up to 3 m), with a preponderance of shrubs such as the mastic tree (Pistacia lentiscus),  heather (Erica manupuliflora), holm oaks (Quercus ilex), strawberry trees (Arbutus unedo)

However, remnants of what were once the great forests of holm oaks covering Cape Maleas are still to be seen in a gorge on Mt. Vavila, around the Byzantine church of Aghios Georgios, with smaller trees stretching to the gorge of Aghia Ekaterini a little forther north.

Quercus ilexis a variety of oak in the beech family (Fagaceae), which can reach to heights of 20 metres. It is a deciduous tree with leathery, lance-shaped leaves with slight or no indentatios around the edges.  The fruit has a small, semi-spherical cap covering its upper half. It is believed to be the smilax referred to by Theophrastus.

The name of the village Velanidia  is another word for oak in Greek, although it is not certain whether this has any connection with the forests of holm oak that once covered the surrounding mountains.

The remaining forests are important as monuments of nature, traces of centuries past, and as aids to imagining what the Maleas landscape used to look like long ago.

They are also of major environmental importance, given the huge impact human activities have had on southern Parnon, reducing the forests to phrygana, and possibly eventual desertification.

The holm oak forest and the maquis biotope should be protected in order to presrve not only the landscape but as a refuge for fauna, a decisive factor in maintaining biodiversity.

Take the road from Neapoli to Aghios Nikolaos, turning left up the mountain at the intersection after the village of Lahi, at the sign pointing to Velanidia.

On reaching the watershed of Mt. Vavila, from which the sea on both sides of the peninsula are visible, there is an unsurfaced road leading off to the left down into the gorge.

The church of Aghios Georgios is about one kilometre down the hill, and is accessible by car or on foot.