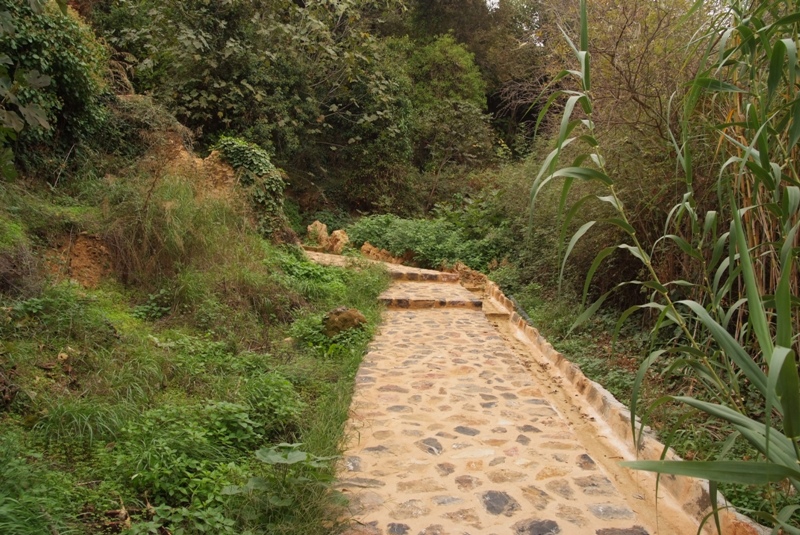 A plentiful supply of water in Talanta kept the town’s 11 watermills busy for decades and provided a good living for the townspeople. Thousands from the surrounding region used to come there to grind their wheat. The water was channeled as far as Plytra on the coast. Even the town’s name is an indication of its former wealth (talanta is an ancient word for a unit of weight and for a monetary unit).

The mechanisation of milling led to the abandonment of the water mills and their eventual collapse.

Eventually however, through the efforts  of the village cultural assocation, one of the former mills in the Balis Gorge was restored in 2006. Every Sunday the millstone is set in motion again to give visitors a taste of what was once a way of life. The flour ground from local varieties of wheat is also on sale.

The mill is situated in an idyllic setting, known to locals as Paradisos, of shady plane and walnut trees and shrubs, running water and rocks sculpted by the flow of water.

The mill is also the starting point of a hike through the gorge that terminates at Harahias beach near Daimonia.

Guided tours and hiking to the gorge are provided by:

The watermill is a five-minute walk from the main square in Talanta.

Alternatively, although not recommended, the mill is accessible by road from the upper village.