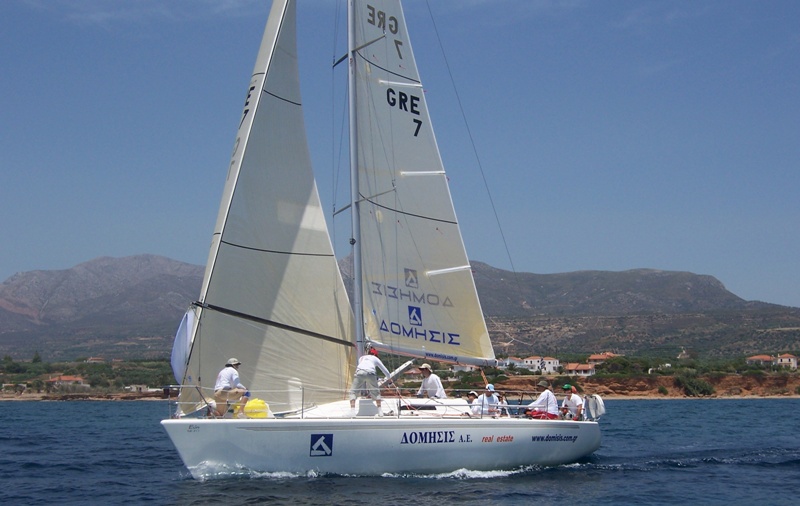 Seafarers heading south, under sail or motor power, should set a course for the 37th parallel and the northern reaches of the municipality of Monemvasia. The adventure begins!

About 30 nautical miles south of the island of Hydra (less than 70 from the marinas of Attica) is the Gulf of Kyparissi (36.58N – 23.00 E) with its long beaches and clear waters.
At first sight, you might be forgiven for thinking this was part of the Cyclades. White houses spill down steep slopes to the sea.

Whether you tie up at one of the two small moles or anchor offshore, one thing is certain. When you wake up next morning, you’ll be diving straight into the sea – the ultimate pleasure in a holiday afloat!

There’s a great temptation to linger here, but more pleasures await along the coast. Sailing boat crews will make good use of the northerly breezes blowing off the Aegean meltemi winds, raising spinnakers as they head south towards the fortress of Monemvasia.

Meanwhile, about 12 miles south of Kyparissi, is the entrance to a fjord-like inlet leading to the small port of Gerakas, which is invisible from the open sea even close to the coast. As you turn into the inlet, the first houses only appear after you have lost sight of the sea behind you.

No matter where you tie up you won’t be far from one of the seaside tavernas where you can rest for as long as you like. There is no rush – Monemvasia is just 7 nautical miles further south along the coast.
The imposing rock with its medieval ruins is a prominent landmark. Sail around it to the south for your first sight of the fortress itself. A marina lies to the left of the port, used by pleasure craft and fishing boats – an opportunity to get the freshest catch from the professionals. The modern town of Monemvasia as well as the fortress are not far off – the latter a little further to walk, but along a level road with a wonderful view.

The next stop is Neapoli, in the area known as Vatika. Don’t let stories about Cape Maleas daunt you. Just keep an eye on the weather report (as you would do in any case) and you’ll round the cape with no trouble at all, in company with merchant ships of all sizes. As you pass the cape, note the recently renovated stone lighthouse and chapels of Aghios Georgios and Aghia Irini clinging to the cliff face.
Neapoli is the southernmost town on Europe’s land mass. If the weather allows, tie up at the central mole in the heart of the waterfront. (Otherwise anchor a little further south in the bay of Paliokastro.)
At Neapoli’s seaside cafes, enjoy grilled octopus with an ouzo, a local speciality and a must for every visitor. The beach in front of the port has been awarded a Blue Flag, but the rest of the bay has plenty of clean, sandy beaches.

One of the most famous is Simos, on the island of Elafonisos, right opposite Neapoli. Drop anchor offshore and enjoy a scene that appears in tourist guides around the world.

Another 13 nautical miles further north in the Gulf of Laconia are the settlements of Archangelos and Plytra, both with Blue Flag beaches. On hot summer days, a cool breeze off the sea moves in around 11 a.m. to lower the temperature and fill sails.
At Plytra is a large port with a water supply. The seabed is visible no matter how deep you anchor your boat.  Just south of the port are the ruins of an ancient sunken city. Around the port within walking distance are all the amenities for enjoying a summer evening by the sea, and a number of clean beaches.

Our cruise around the waters of the municipality of Monemvasia, which has the longest coastline of any municipality in Greece, ends in the little port of Elia, a pretty fishing village that over the past few decades has rapidly been developing into a popular summer destination. If there is no room to tie up at the small fishing dock, drop anchor in the bay.  The Blue Flag flies here as well, and the beaches are clean, easily accessible and with a variety of amenities. 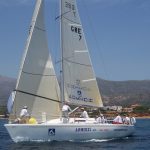 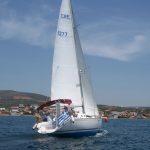 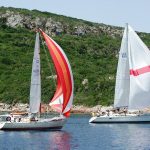 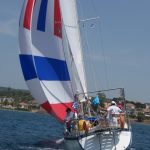 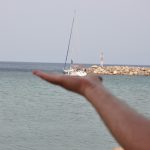