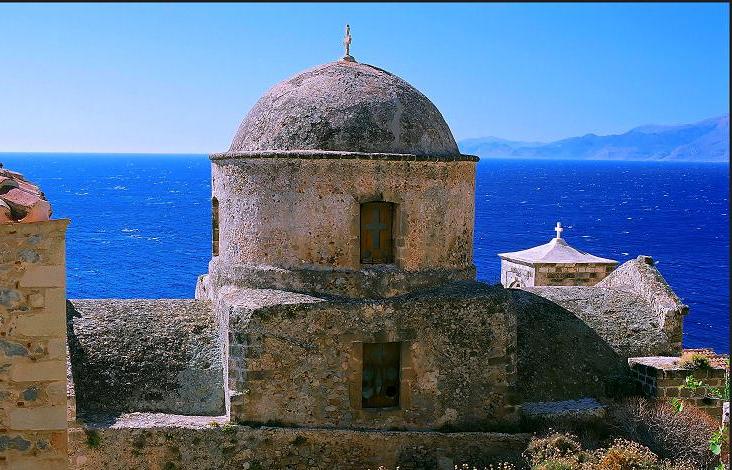 A domed basilica built during the second Venetian occupation. The worship of the Panaghia (Virgin) Myrtidiotissa originated on the island of Kythera, which had trade and cultural links with Monemvasia. According to a local tradition, the church was founded in the 17th century by the then Monemvasiot bishop of Kythera, Filotheos Darmarios.

The church is also known as Panaghia Kritikia because of the influx of a large number of refugees from the island of Crete.

Structural features of the church such as the round skylights, the design of the door, the facade pediment and other details indicate the influence of Western architecture. The gilt wood-carved altar screen with its prominent Renaissance characteristics of the 16th century originally belonged to the Church of the Elkomenos Christos.