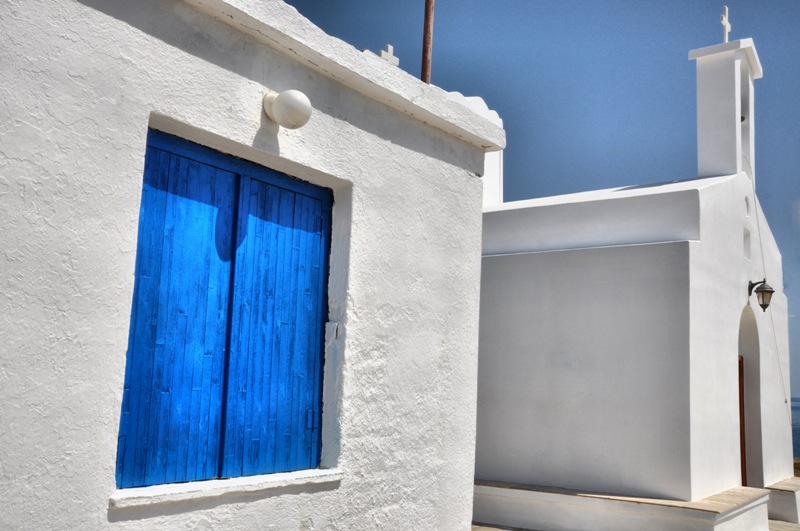 The stark white outline of the little church of Profitis Ilias stands sentinel above the little fishing cover of the same name.

The altar is built-in and some of the church’s icons are excellent examples of early 20th century folk art. It is a popular choice for weddings and baptisms.

According to local oral traditions, there is a particular reason why this seaside church received its name, one usually associated with chapels on mountain peaks. About two centuries ago, a raiding ship was heading for the cape bearing a Greek shepherd as a prisoner, battling heavy seas that threatened to sink the vessel. The prisoner offered up a prayer to Profitis Ilias, the patron saint of shepherds. The captain was so frightened that he promised to build a church to the saint if his prisoner’s prayers were answered.The ship eventually found refuge in the little cove where the church was built in accordance with the captain’s vow.
Access

The church and the settlement of the same name, lie about 7 km south of the village of Aghios Nikolaos. The  church is on hiking route D12 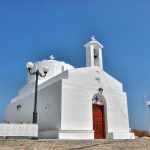 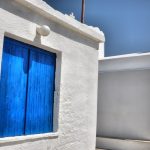 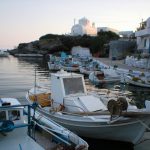 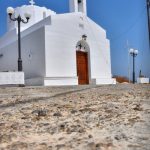