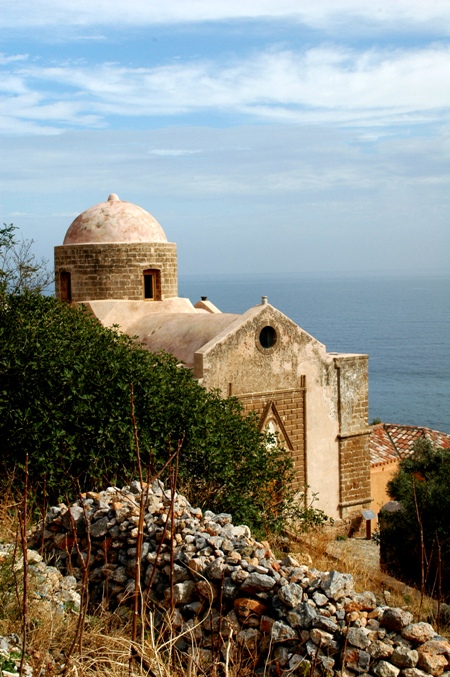 Aghios Nikolaos of the Fortress Town

A cross-domed church built in 1703 on the ruins of two Byzantine churches.

The inlaid inscription on the pediment over the entrance states that it was built from scratch by the Monemvasiot doctor and philosopher Andreas Likinios. The coat of arms with the two-headed eagle belongs the founder’s family.

The building’s structural and morphological elements such as the circular skylight, slightly pointed arches, gables and decorated cornices indicate influences from Western architecture. According to oral history, the building never actually functioned as a church. During the second Turkish occupation it served as an arsenal. After the war of  independence under the rule of Ioannis Capodistrias (1829) it housed a school.  From 1839 until about the middle of the 20th century it was a primary school. One of its former pupils was the poet Yiannis Ritsos.