The path along this short but attractive route leads south from the edge of the small seaside settlement of Karavostasi, next to the village of Plytra in the Bay of Xyli, along the eastern side of the small peninsula, through terraced fields.

After some 2,304 m it reaches the narrowest part of the peninsula, where an unsurfaced road heads south along its western side, with views over the Gulf of Laconia.  After another 1,200 m the road ends, almost at the tip of the headland. From there a path leads east towards the lighthouse. 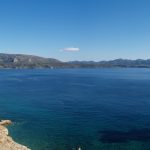 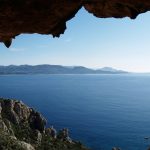 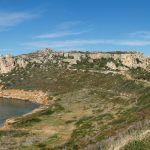 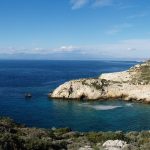