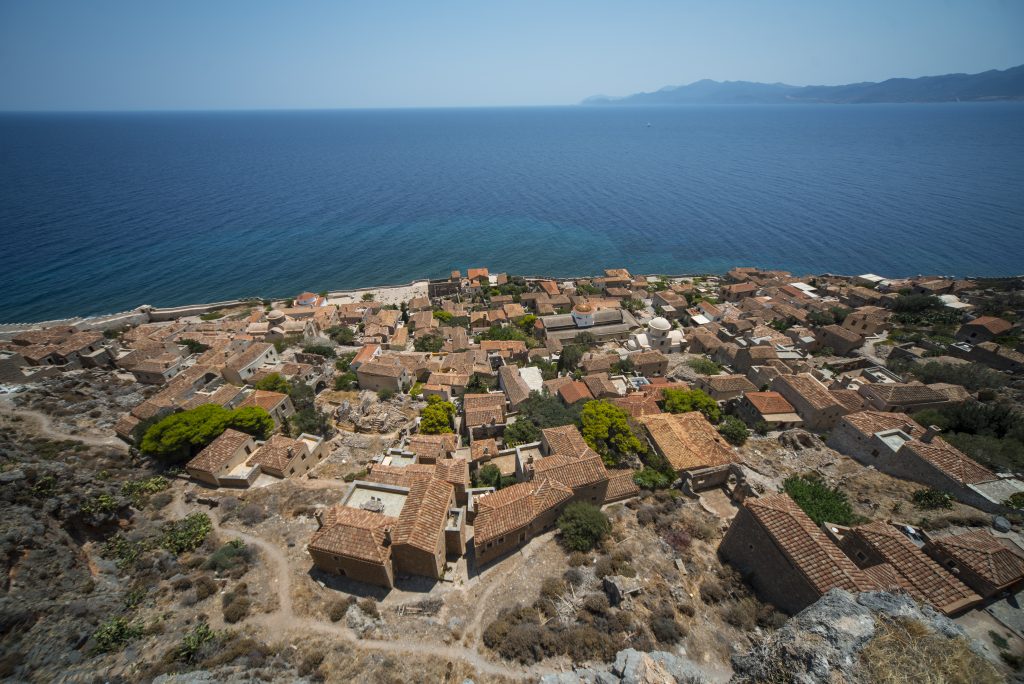 Its official name is Monemvasia, although there are some slight variations in Greek, along with different forms of pronunciation – such as Monovasia. In the Middle Ages, the Franks called it Malvoisie, to the English it was known as Malmsey. Its Greek name is derived from the two words meaning single entrance, that is, the only entrance to the fortress town.
The old town of Monemvasia is a perfectly preserved medieval settlement still inhabited, an world cultural heritage monument and a major attraction for every traveller in the Peloponnese. It has a unique, magical atmosphere and a fascinating history. Monuments and churches are scattered throughout the old town. An important archaeological collection is housed in the old mosque in the Square of Elkomenos Christos.At the other end of the causeway on the mainland is the new town of Monemvasia. Along the coast to the south is the settlement of Nomia. Neighbouring Aghios Ioannis is recommended for those who would like to try authentic local dishes.Both within and around Monemvasia are a number of excellent beaches. Noteworthy sights further inland include the watermill at Talanta and the Velies Folklore Museum.Religious monuments outside the old town in the surrounding area include the twin churches in Teria and the church of Aghios Nikolaos in the village of the same name.