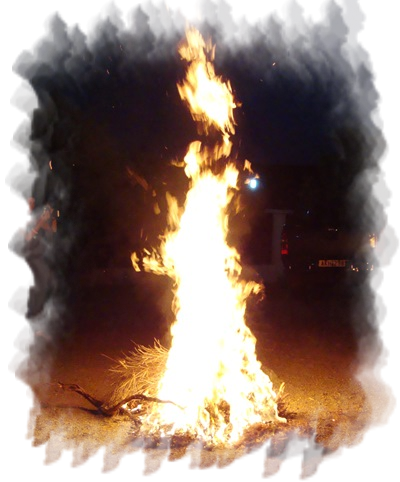 Ο The village of Agios Nickolaos Voion (Vatika) is a picturesque and lively place in Laconia. Metamorfosi – near Molaoi – is another picturesque village which is situated at the foot of the mountain “Koulohera”.
In these two villages has been celebrating the age – old custom of Klidonas for the last years. The custom of Klidonas takes place on the 23rd and 24th of July, that is on the eve and the same day of the birth of John the Baptist.
This is a very interesting custom not only for the visitor of the area but also for the inhabitants of these two villages since – apart for an opportunity for a lovely celebration – it also constitutes an “initiation” to an age-long custom which comes from the ancient times, has been adapted to the Christian religion and is still celebrated nowadays.
This particular custom constitutes a sort of a prophetic game, a popular custom that revives from ancient times and according to folk tradition reveals to the unmarried girls the identity of their future husband.
The two days celebration has two phases: On the eve of the celebration, a fire is lit above which everybody jumps while “the silent water” is also carried. On the same day of the celebration, Klidonas is opened and the “destinies” are revealed. What follows is a continuous round of pleasures.

Fire – literally and figuratively – is purifying.
Anything useless, old or rotten that could contaminate or harm people was put on fire. Bonfires were lit in Klidonas over which people leapt three times and always towards the same direction.
Fire on this occasion entailed the meaning of “transition” since we go from one solar period of time to another.
At first, it was only the most daring who would leap over the bonfire.
Later at night and as the flames of the bonfire lowered the women and the children followed likewise.
Leaping over the bonfire aimed at both good health and physical invigoration.
John the Baptist was also evoked to help and heal.

On the eve of Saint John’s feast the custom of the silent water is celebrated.
In the evening of the same day the single girls of the neighborhood gathered at the house that would accommodate Klidonas.
One or more of the girls had to fetch water from the spring – the silent water as they used to call I t- since they had to remain silent all through the way from the spring to the village and the house that were all gathered and talk to no one no matter what

happened.
If any of the girls happened to speak, the whole process should start from the very beginning.
When the silent water was finally fetched at home, they poured it in a broad aperture vessel where they also put the “destinies”.
These were little things like bracelets, rings, earrings, chains, beads or coins in other words things that their owner would recognize later.
As time went by these little things were replaced by apples which were apparently cheaper!
Green apples of the size of an egg which went yellow when they were about to ripen took the place of rings, bracelets and chains.
On these apples the names of the unmarried girls and women were inscribed with a needle while little hearts or other marks like butterflies or bees as a decoration or recognition sign.
The whole process was over after they had covered the vessel with a red piece of cloth while around the aperture of the vessel there was a chain  securing its content.
Then the vessel had to be left at the rooftop of the house under the “magic spell” of the stars for a whole night.

The next day early in the morning and before dawn, the vessel had to be put inside the house.
Later, in the evening of the same day, everybody gathered in the house- girls, boys, men, women, old people, single, married in order to open Klidonas.
Before each “destiny” was taken from the vessel to be read aloud for each girl or woman, a couplet had to be recited. This couplet could be the product of imagination or improvisation of the person who would pick each destiny from the vessel or simply taken from the back of the calendars where such couplets used to be printed.
Most of the people used to come up with funny couplets.
After all the “destinies” were revealed and read aloud, everybody celebrated with traditional music and dancing enjoying themselves and having fun.
This ancient custom of Klidonas is still celebrated in the same way in Agios Nickolaos and in Metamorfosi with the help and responsibility of the local Cultural Clubs.
It is really a great opportunity for visitor to get acquainted with the traditions customs of a place with a long history. 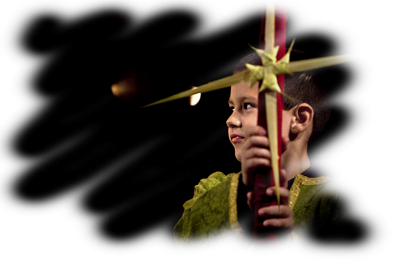 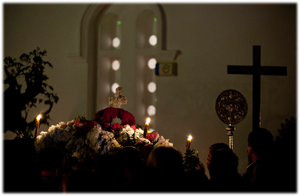 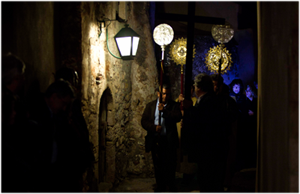 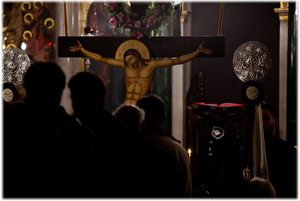