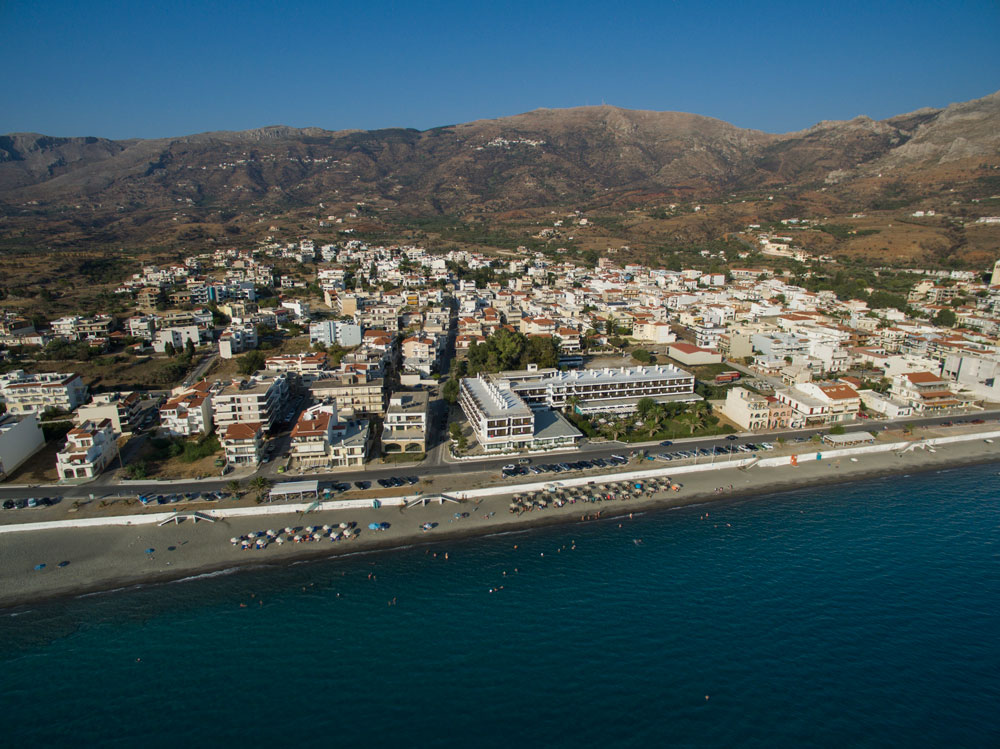 At the southernmost tip of Cape Maleas is the region known as Vies, or more commonly, Vatika. The landscape presents striking contrasts; the central mountain range of Krithina (800m) ends abruptly at the tip of the cape, dipping down on each side into coves and beaches that were once the haunt of pirates.

A recently restored stone lighthouse stands sentinel at the cape to guide seafarers through what has been known since antiquity as a fearsome passage in bad weather.

Around the cape to the west is the calm bay of Neapoli, providing shelter from heavy seas. Backed by the fertile plain of Kambos, it is next to the long sandy beaches of Neratzionas and Maganos.

Most of the villages in this region were built on the steep mountainside, some of them invisible from the sea, as protection from pirate raids. Their white houses and narrow streets, particularly in Velanidia, are reminiscent of the Aegean islands, with which the local population has always had frequent contact as fishermen and seamen.

Vatika has also some of the most interesting natural sights in the region, particularly the cave of Aghios Andreas at Kastania. Also worth visiting is the Petrified Forest at Aghia Marina and the wetland at the Strongyli lagoon, surrounded by the sand dunes covered with rare cedar trees, next to the settlement of Viglafia just after Aghios Georgios.

One of the most important archaeological projects in recent years has been at at Pavlopetri, the oldest known submerged town the world whose ruins lie in shallow water just off the beach at Pouda, visible to swimmers.

Just a 15 minute ferry ride from Pouda are the magical sandy beaches of Elafonisos, perfect for a day’s excursion.