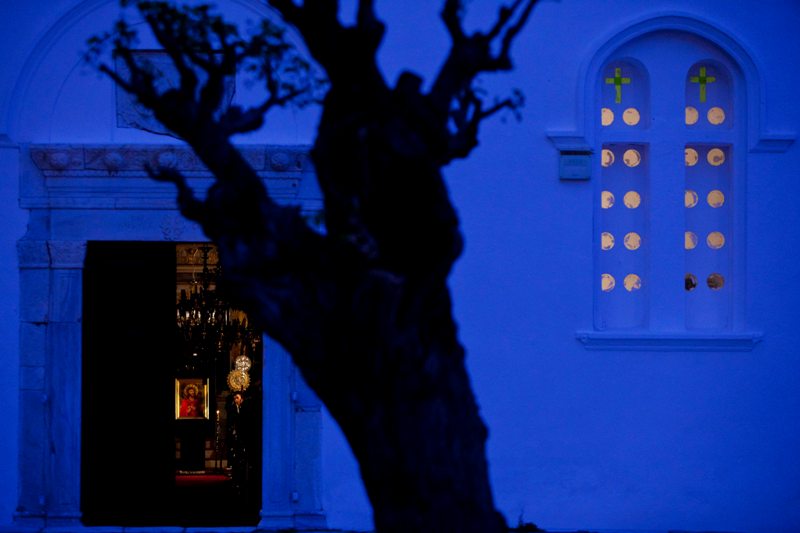 Basilica with a cupola, three semi-circular arches to the east and a domed narthex to the west.

The current architectural form is the result of alterations at various times, but the original structure probably dates from the Early Christian period (6th-7th centuries).

In the 11th and 12th centuries the chapel of Aghios Ioannis was incorporated into the south side of the church.

In 1539 a church official named Georgios Kougydas built buttresses onto the south wall. In 1697 the dome and narthex were added.

In later centuries (18th – 20th) repairs were made and the bell tower was built on the northwest side.

On several occasions, icons and other artefacts were were removed.  Emperor Isaac II Angelos (1185-1195) removed the icon of the Elkomenos Christos (Christ in chains) and took it to the chapel of Archangel Michael at Sthenia, in Constantinople.

In the second half of the 14th century the icon of the Crucifixion was stolen by illicit traders in antiquities and later on, was for many years exhibited at Athens’ Byzantine Museum. It was finally brought back to the Elkomenos Christos in 2011. It is considered to be one of the largest and most beautiful examples of what is known as the Palaeologian Renaissance and is of inestimable value.

Today in the interior of the church are displayed post-Byzantine icons (17th-18th centuries) such as the Elkomenos Christos, the Virgin before the Cross, Aghios Ioannis Prodromos and the Birth of Christ on the altar screen, and the Lady of Pantanassa on the icon stand.  The marble carvings date from the Early Christian and Byzantine periods.

The marble altar screen was built in 1901 by the Tinos marble sculptor Georgios Kaparia to replace an older wood carved screen now standing in the Virgin of Myrtidiotissa.

In the main square of the Lower Town on the main thoroughfare, to the left of the cannon. 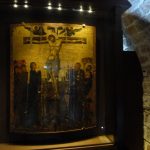 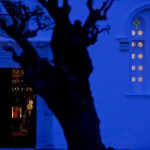 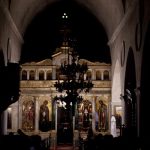 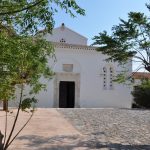 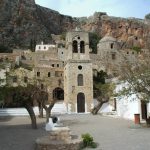 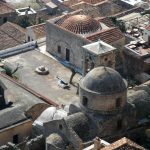 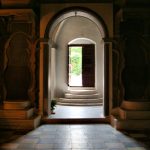